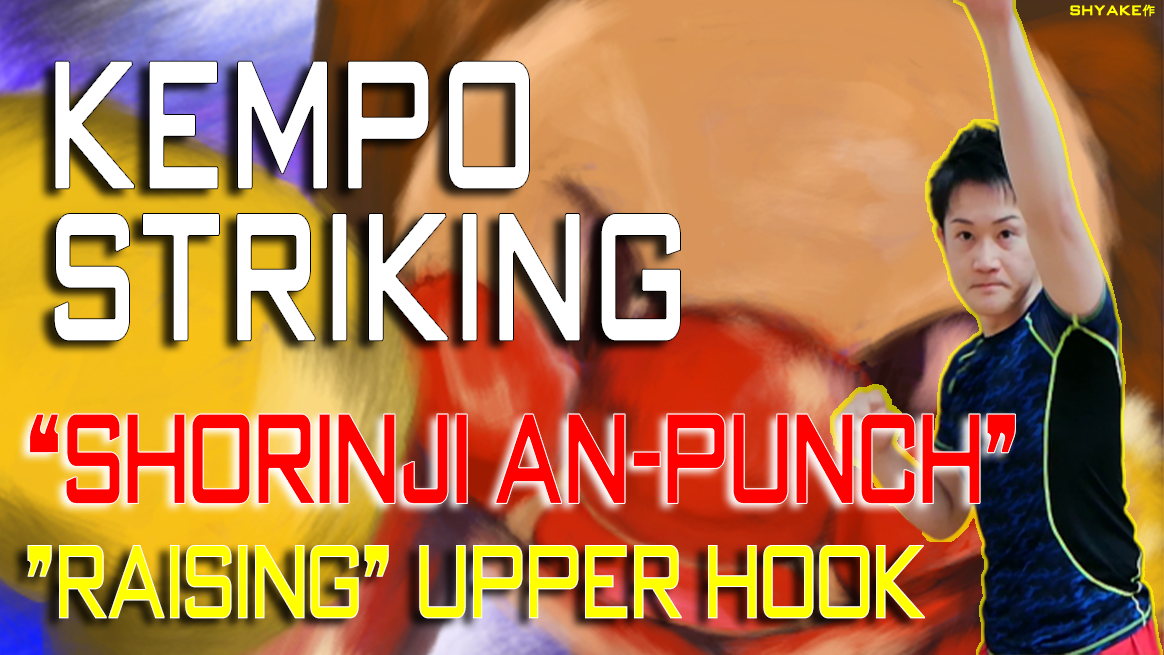 "Raising upper hook" is called "Kyo-han" document
It is in a thick text for Shorinji Kempo stepped people.

Anpanman flies in the sky
Push left and right alternately.

In Shorinji Kempo, there is another way to call it "Furiko-zuki".
You push it while moving left and right to your weight like this,

This "An-punch" does not do that,
Punches alternately while moving forward.

By going forward, you can pierce.

About this "raising hook"
"It's the upper cut of Shorinji Kempo"
That's what (Mr. So) was saying.

Usually, the punch called “upper” in boxing and martial arts,
There are four types:

However, in the secret book of "Kappa Books",

・ The knuckle warps and the fist comes back inside
So, Mr. So said.

That's why it's an upper hook.

However, if you do a raising hook,
"I can go forward"

Even if the punch comes off along the opponent's "upper",
You can poke forward.

Once locked on, always hit the target
Please aim at "missile punch".

In this way, the An-punch moves forward,
It hits because the punch stretches alternately on the left and right.

The left and right punches can be smoothly moved forward
Please practice.