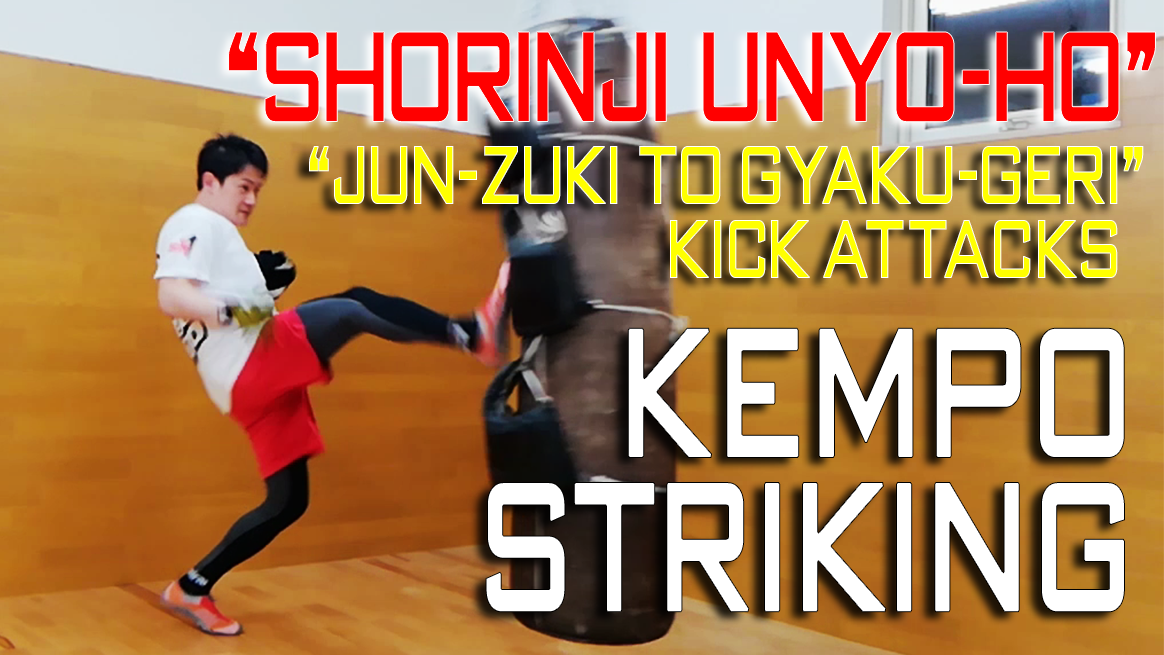 showgack, 2 years ago 0 1 min read 2419
Hello everyone!
"Kempo Striking Channel" ShowGack.
Today, using a large sandbag
With the "Jun-zuki" (left jab) in front of the "unusual technique" I want to do a series of "Jun-zuki to Gyaku-geri" kick attacks.which is less practiced.

Reverse thrust and reverse kick are like a set,
Are practicing.

However, this "Jun-zuki and Gyaku-geri" kick attacks It is a technique that can be used normally in the "Unyo-ho" method of Shorinji Kempo.
It's often used in "randori sparring".
フツーに使われます。

By aiming at the "Maai" (reducing the distance) in a "Jun-zuki",
You can apply a "Gyaku-geri" effectively.


Today, using a large sandbag,
I want to do a set of kicks using "Jun-zuki and Gyaku-geri".which is less practiced.

Normally, in Shorinji Kempo, "Gyaku-zuki to Gyaku-geri"
This is the usual way.

This is very effective.

In this way, by aiming for reducing the distance in a "Jun-zuki",順突きで間合いを図ることで、
You can apply a "Gyaku-geri".

The key to successful tactics
The reverse kick must be intense.

In tactics mainly based on kicks due to "Unyo-ho", The key point is that the kick is intense.
To some extent,from a long distance Close the distance and hit the kick.を決めます。

In Muay Thai, it's time for a front kick,
To some extent,it is long distance.です。

From a long distance, by reducing the distance,
Which is coming, forward or backward,
Make the other party confused.